Sighing in exasperation and checking the time as he queues up for another round of Fortnite, area man and Tilted Towers enthusiast GRAVEDIGGER confirmed that he is definitely going to bed after this game, regardless of the outcome.

“Alright, one more, but this is my absolute absolute LAST one,” he said, telling reporters that he was “definitely” going to bed regardless of how long or short the game turns out to be.

“If we win a Victory Royale or die within four seconds, it’s all the same to me,” he added. “The outcome of this game will have absolutely no effect on whether or not I go to bed immediately after it.”

Sources close to the matter say that getting merc’d by another squad right outside of Lazy Links immediately after landing will not change anyone’s mind about giving up for the night and going to sleep. 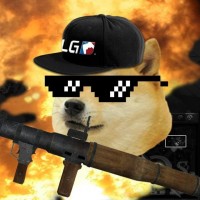